Want to successfully achieve European Expansion And Sustainability?
Here are 4 reasons why you need a certified translator

There comes a point for a lot of North American companies and firms where expansion into the European market is taken into consideration. After all, if you’re doing well and want to increase your revenue, then the next logical step is expansion into the EU market.

As you probably know, European expansion can be a costly, time-consuming, and very difficult process that can span over months or even years. Ultimately, there are many factors to consider when thinking of expansion. To begin with, you have to decide if this is actually the best next judicious step for your business. Then, you have to plan strategically. There’s a lot of research involved, costs to think about, compliance laws and regulations to look out for, translation of documents, and a whole new team to build.

Yes, that sounds like a lot (and it is), but the European market’s numerous benefits are very, very appealing, and many companies will tell you that it is worth it. That is, if you can ensure sustainability.

There are many considerations in play when it comes to successfully achieving European expansion and sustainability, one of which being working with an experienced certified translator. Here are 4 reasons why.

Reason #1 Why You Need A Certified Translator For European Expansion And Sustainability: To Connect With The Needs Of The EU Market

One of the most important things that need to be addressed before your expansion to the EU market is to connect with the different needs of the market and how you plan on adapting your products or services to this new audience. Figure out who they are, what their patterns are, what they buy, what they want and what they expect of you.

Connecting with the needs of your market will be an ongoing process. Their needs are constantly adjusting depending on what comes to the market, and of course, the current trends. It’s incredibly important to connect with your audience strategically to not only build a stronger relationship, but to ensure that your services or products are still useful. They will accurately be able to inform you of how to connect with your market’s needs and whether your products or services will be accepted by the market because of their history, language, and culture.

Plus, when you think about it, how is your business going to connect with a foreign market and address their needs if you can’t effectively and accurately communicate with them in their language? With a certified translator on hand who can help guide you and provide accurate translations and up-to-date information on the market, you will be able to deliver something that aligns with the needs of the EU market.

Reason #2 Why You Need A Certified Translator For European Expansion And Sustainability: It’s Cost-Effective

“How is hiring a certified translator cost-effective if you’re going to have to spend money on one?”

A good translator is key to ensuring your business or firm doesn’t suffer from mistranslation blunders. A certified translator also helps close the cultural and linguistic gap between your business and the European market.

Spending money on a good, experienced translator doesn’t seem like a lot when you take into consideration the millions some companies had to spend to re-do their marketing campaigns after a translator error.

For example, Pepsi made an error with its slogan in China when the “come alive with Pepsi” slogan was falsely translated into “Pepsi brings your ancestors back from the dead”.

This did not sit well with the Chinese audience.

It is tempting to think that these types of errors only happen when a culture is significantly different from one’s own. However, it would be wrong to assume that learning about a culture is optional when such culture looks or feels familiar.

This is especially important when it comes to language. After translation comes localization, that is making sure that the translated text actually fits into the target market. This is where the translator adapts translations into Standard German to Swiss German grammar and style.

And this is relevant for many languages and cultures. What works in the Province of Quebec doesn’t necessarily work in France and vice versa, etc.

To successfully achieve European expansion and sustainability, it makes a difference to have an expert certified translator handling your business’s documents. This way, you can have a positive impact and avoid bad publicity, public humiliation and preventable mistakes.

Reason #3 Why You Need A Certified Translator For European Expansion And Sustainability: Knowledge About The Culture

As I mentioned earlier above, before your expansion, research needs to be done on the market where you’re expanding to. You need to figure out what your market wants, if there is even a demand for your products or services, and what your competition looks like.

This goes back to connecting with the needs of your audience, but it goes beyond that: research into the locale must be done to ensure that their culture is always respected.

An example of an ill-prepared expansion strategy was when in 2006 Home Depot opened 12 shops in China. After a few short years, they were forced to close down because they failed to take into consideration cultural nuances. This led to Home Depot leaving a negative impact on the market and potentially destroying all chances of being able to appeal to the Asian market.

The big mistake here was that if they had done more research or had someone on their team – either a Chinese translator or someone from China – they would’ve known that when it comes to home decor, furniture shopping, and styling, women are in charge due to deep-rooted cultural reasons. Therefore, they control the home decor market.

When Home Depot expanded to China, they made no efforts to appeal to this market and offered the same “homey, rustic style” that is effective for men in America. This Western style did not appeal to Chinese women whatsoever.

Home Depot’s goal was to take the DIY movement from the United States to China, but again, this was not aligned with their culture or their interests. If anything, in China, DIY is viewed as a sign of poverty.

Although in America, it’s costly to get a handyman or help around the house, making it common for people to DIY it themselves, in China the cost of professional labor is quite low; they don’t need to spend time fixing things around the house themselves. Not to mention, although in America, it’s the “dream” to be a homeowner, in Asia, most people tend to buy condos or apartments.

In contrast, IKEA was more successful because of the modern, European style that appealed to Chinese women.

Research is vital when it comes to understanding the market, and connecting with your audience to be sustainable and successful during a transition. To make sure that you’re being respectful of your market, having a certified translator on your team who has knowledge of the culture will make a difference in helping you successfully achieve your expansion.

Reason #4 Why You Need A Certified Translator For European Expansion And Sustainability: Accurate Document Translations For Team Collaboration

Expansion, especially into the European market, can be challenging. It’s important to make sure that the people involved on your team are clear on what’s expected of them. This team can typically include the operations unit, human resources, and the marketing team.

In the process of guiding and educating them to ensure a successful and sustainable European expansion, it makes a difference to have a certified translator on board to translate the necessary documents in place to help your team have clarity on what’s expected of them and how to proceed efficiently.

For example, your operations unit handles business documents, and deals with the day-to-day processes. A certified translator can play a vital role for your team when it comes to providing them with accurate translations that can help with increasing the efficiency of your business.

Otherwise, costly mistakes can and will happen. In 2009, 10 employees working at a Colorado potato warehouse filed a sexual harassment lawsuit against a supervisor and the employer for failing to handle the situation. Claims were made that it was out of the employer’s hands because in the employee handbook it was specifically stated that there were policies against sexual harassment and how to report it.

This would have been avoided if the teams within this business had been coordinating with a certified translator.

When it comes to expansion, human resources also often tend to struggle with attracting and retaining international talent. This can be made significantly simpler thanks to a certified translator who has insider knowledge on the country of expansion or the locale. Any documents or ads or material that needs to be translated will be done with cultural sensitivity and the locale in mind.

This will solve the issue of attracting and retaining the right talent, while also promising diversity and an equal opportunity for all during the hiring process.

Successfully achieving European expansion and sustainability means remaining open to constant change, being accountable, and being connected to the locale to understand what’s working and what’s not.

For there to be success for your firm or your business when expanding into the European market, the right team of people need to be collaborating. One important team member is a certified translator who has an in-depth and personal understanding of the language and culture of the region you are expanding to, to ensure that mistakes don’t cost you your business, public image, sales, or clients.

The goal of a sustainable business during a European expansion is to ensure your business connects with the people, connects with need, welcomes diversity, works on building genuine trust and is keeping up with research so that you don’t fall behind. One of the best ways to make sure that you can do all of this and transition successfully during a European expansion is to have a certified translator on hand who can help you through the process.

If this is something that interests you, and you’re hoping to get into the German market or are in the process of doing so, I’m here to help you. Take a look at my services here or directly book a free complimentary call with me here. 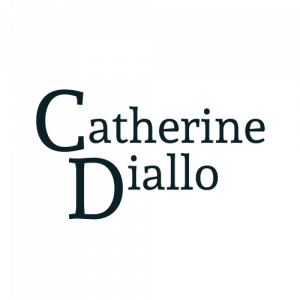 If you would like to receive industry news, general advice, and more information about how I can help you and your business delivered straight to your inbox, subscribe to my newsletter.

This website uses cookies to improve your experience while you navigate through the website. Out of these cookies, the cookies that are categorized as necessary are stored on your browser as they are essential for the working of basic functionalities of the website. We also use third-party cookies that help us analyze and understand how you use this website. These cookies will be stored in your browser only with your consent. You also have the option to opt-out of these cookies. But opting out of some of these cookies may have an effect on your browsing experience.
Necessary Always Enabled
Necessary cookies are absolutely essential for the website to function properly. This category only includes cookies that ensures basic functionalities and security features of the website. These cookies do not store any personal information.
Non-necessary
Any cookies that may not be particularly necessary for the website to function and is used specifically to collect user personal data via analytics, ads, other embedded contents are termed as non-necessary cookies. It is mandatory to procure user consent prior to running these cookies on your website.
SAVE & ACCEPT